If you watched the documentary by Serge Moati and Alice Cohen on the new evangelical churches, you saw images of the debate on the deity of Jesus to which I was invited last October.

You admired the beautiful Reformed Church of the Annunciation, in Paris, which hosted this debate in the presence of Pastor Gill Daudé.

You also discovered Saïd Oujibou, who had previously invited me on his “MaCasbah.net” TV show and organized this conference.

If you haven’t seen this excellent film, which very well presents the main characteristics and problems of neo-pentecostal churches, you may watch it on France TV Pluzz. 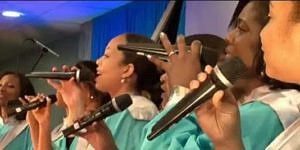 My Questions on… The New Evangelical Churches, by Serge Moati and Alice Cohen, 2013, 52 minutes, initial broadcast on Tuesday, April 30, at 8:40 PM on France 5.

Religions in Debate: What Do Founding Texts Say on the Beginning of Life? On France Culture Plus

Religions in Debate: What Do Founding Texts Say on the Beginning of Life? In Strasbourg on February 27

The Dead Sea Scrolls on France Culture Plus

The Apocrypha on RFI

Law and Justice in the Ancient Near East: Socio-historical, Ideological and Ethical Questions

One thought on “My Questions on the New Evangelical Churches, on France 5”