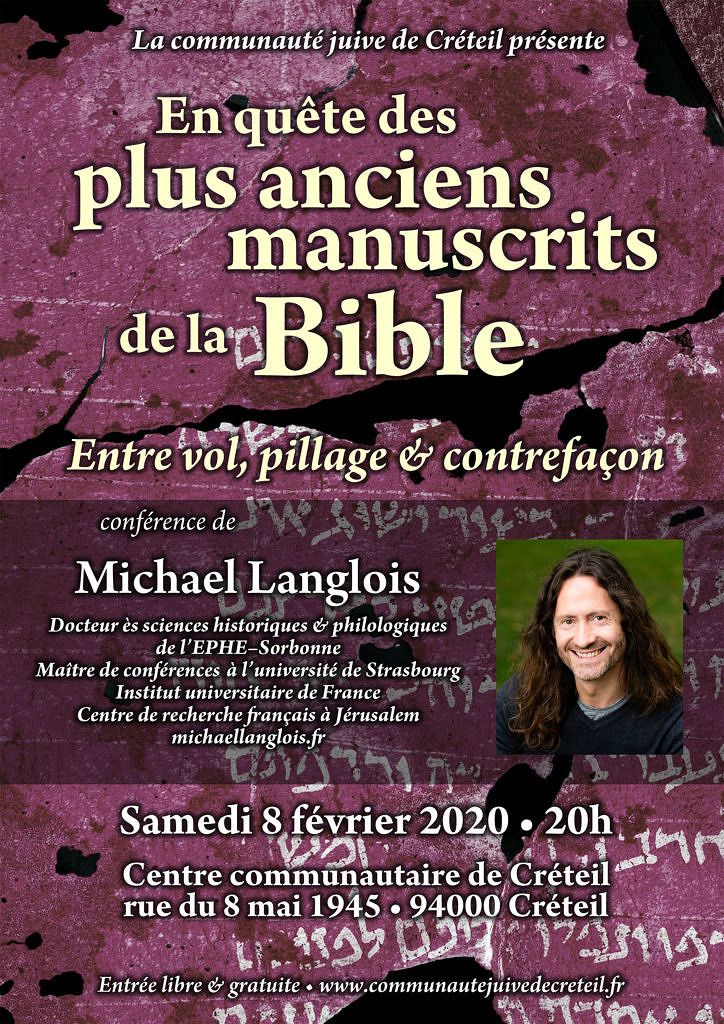 The Jewish community of Créteil has invited me to give a public lecture on the oldest manuscripts of the Bible and the latest discoveries, especially the problems of forgery and theft.

To find out about the historical, religious, political and ethical implications of this quest, come 8 February at 20:00 at: 🙂

One thought on “The Quest for the Oldest Manuscripts of the Bible, Créteil, 8 Feb 2020”