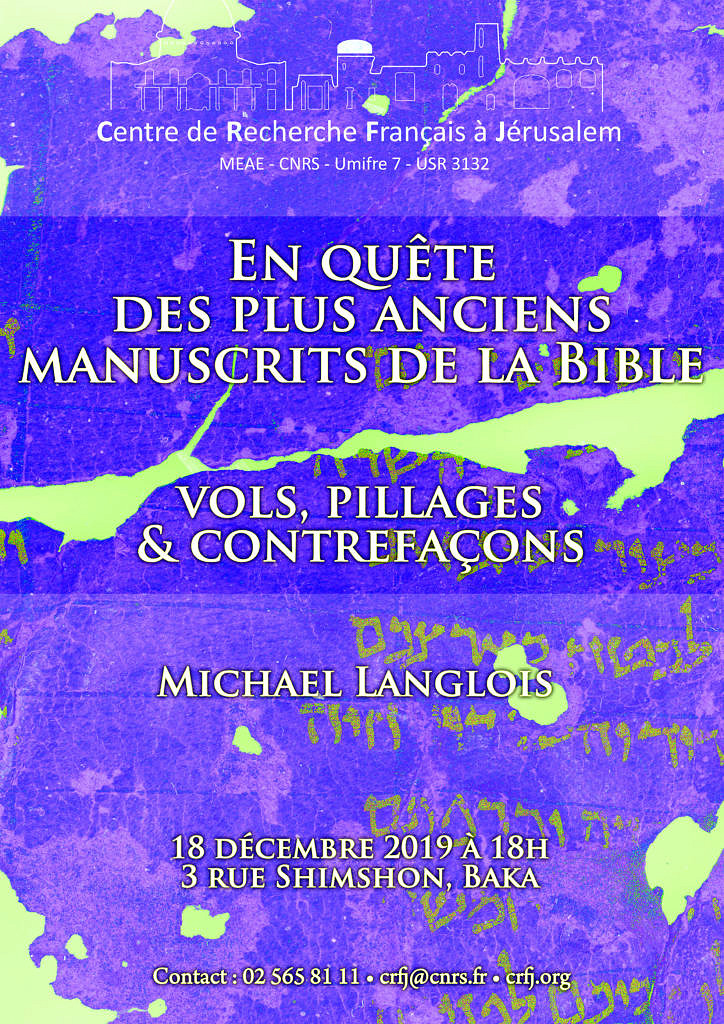 I will give a public lecture on the issues of theft, looting and forgery of biblical manuscripts, in Jerusalem on 18 December 2019 (and not 10 Dec, as initially announced).

To find out about the historical, religious, political and ethical implications of this quest, come 18 December at 18:00 at the French Research Center in Jerusalem, Shimshon Street 3. 🙂

The Quest for the Oldest Manuscripts of the Bible, Créteil, 8 Feb 2020

Forgers of the Bible, in Jerusalem on 17 Jan