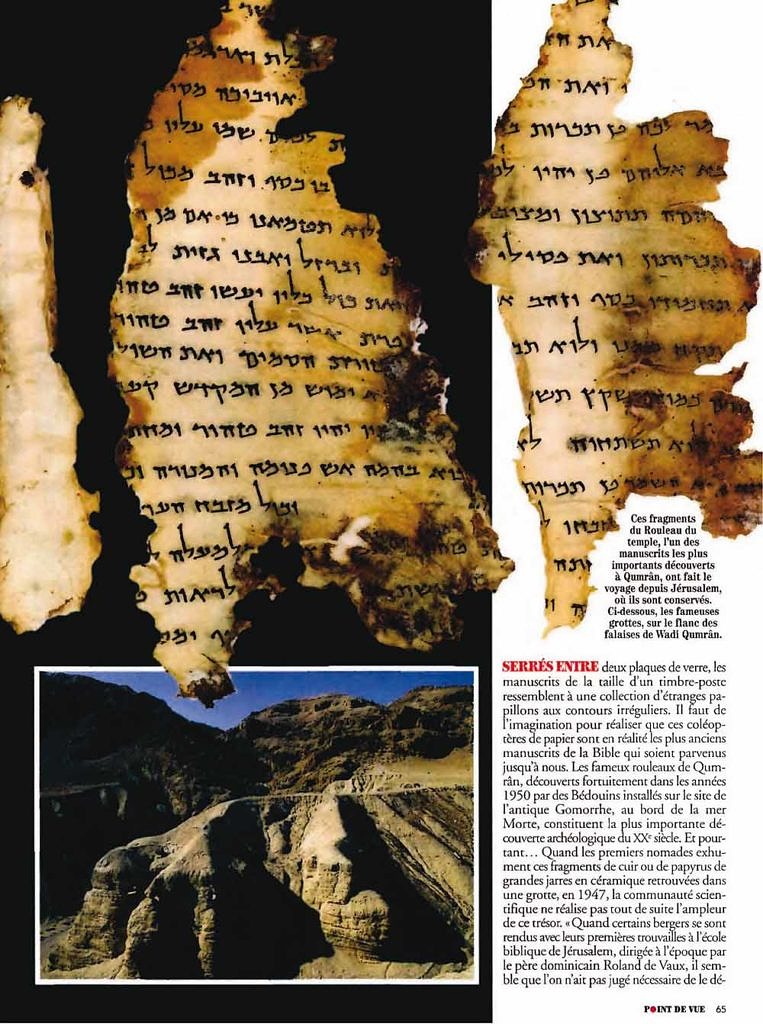 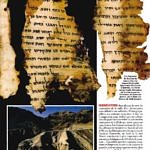 French magazine Point de Vue dedicates four pages to the Dead Sea Scrolls! Journalist Pauline Sommelet came to the National Library and interviewed Laurent Héricher and myself. Here is how she begins her article:

Held between two glass plates, the stamp-sized manuscripts look like a collection of strange butterflies with irregular outlines. It takes a lot of imagination to realize that these paper coleoptera are in fact the oldest Bible manuscripts having reached us. The famous Qumran scrolls, accidentally found in the 1950s by Bedouins on the site of ancient Gomorrah, by the Dead Sea, are the greatest archaeological discovery of the twentieth century.

Qumran: Uncovering the Dead Sea Scrolls. Exhibition at the National Library of France