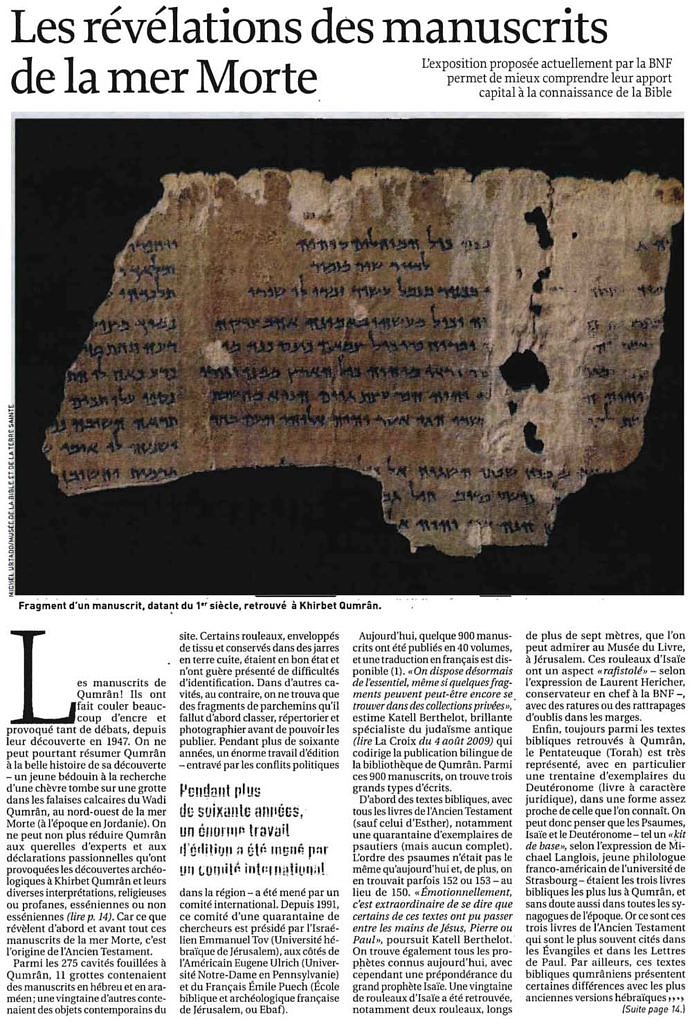 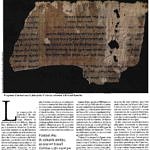 On the occasion of the Qumran exhibition at the National Library of France, French newspaper “La Croix” dedicates three pages to the Dead Sea Scrolls. Journalist Claire Lesegretain interviewed our team, and concludes her first article with the following words:

“Today, we question the number of texts initially considered sectarian,” Katell Berthelot concludes, wishing that scholars, who now have access to all manuscripts, “re-examine theories in light of everything.” Research is now being made on the calendar system, as well as liturgical and wisdom texts. Indeed, as Michael Langlois, another representative of this new generation of French-speaking Qumran scholars, says, “what seemed clear yesterday no longer is today.”

Revelations on the Bible, in Science & Life Magazine