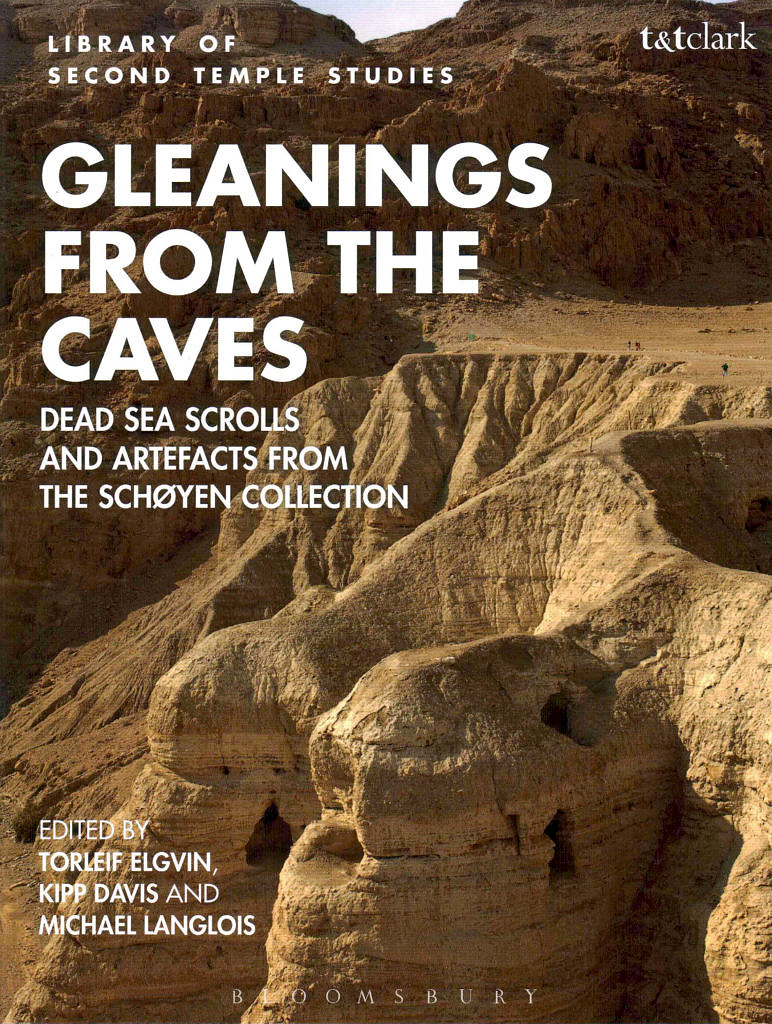 After years of research, our edition of the Dead Sea Scrolls in the Schøyen Collection is out!

This volume was edited by Torleif Elgvin, Kipp Davis and myself. I was notably in charge of the palaeographical analysis and decipherment of these manuscripts, while my colleagues did a comparative study of their text with other textual witnesses and known traditions of the biblical text. To do so, they applied the methods of computer simulations I developed a decade ago.

We have also asked a chemist specializing in ancient manuscripts, Ira Rabin, to perform a series of chemical analyses in order to better understand the composition of these fragments and their environment.

This volume is thus a turning point in international research on the Dead Sea Scrolls, and we hope that it serve as a model for future editions.

Here is the chapter on palaeographical analysis:
Michael Langlois, “Palaeographical Analysis of the Dead Sea Scrolls in The Schøyen Collection” in Gleanings from the Caves. Dead Sea Scrolls and Artefacts from The Schøyen Collection, ed. by Torleif Elgvin, Kipp Davis, and Michael Langlois, Library of Second Temple Studies 71, London, Bloomsbury T&T Clark, 2016, p. 79‑128.

One last point, more sensitive but nonetheless important: in this volume, I express my doubts as to the authenticity of a number of these manuscripts. I had already expressed reservations a decade ago, but I had not been able to examine these fragments at the time. I have since been able to go there several times (in 2012, 2013, 2014 and 2015) and my analyses have but confirmed my doubts. It took several months until my colleagues accepted my conclusions; they finally decided to exclude from the publication several dubious fragments, but on the other hand they dediced to keep other fragments that, in my opion, are fake.

This issue is not limited to the Schøyen collection: at the same time, another collection of Dead Sea Scrolls has been published: the American Museum of the Bible collection, and I fear that all of these fragments are fake. I haven’t examined them, but the photographs I have seen make me fear the worst.

I expressed my doubts in an interview for Newsweek Magazine almost a year ago, and I have since done the same in other magazines, including French magazine Sciences et Avenir, in order to alert the public and warn potential buyers.

I am preparing other publications on this issue, so stay tuned! 😉

One thought on “Gleanings from the Caves. Dead Sea Scrolls and Artefacts from The Schøyen Collection”