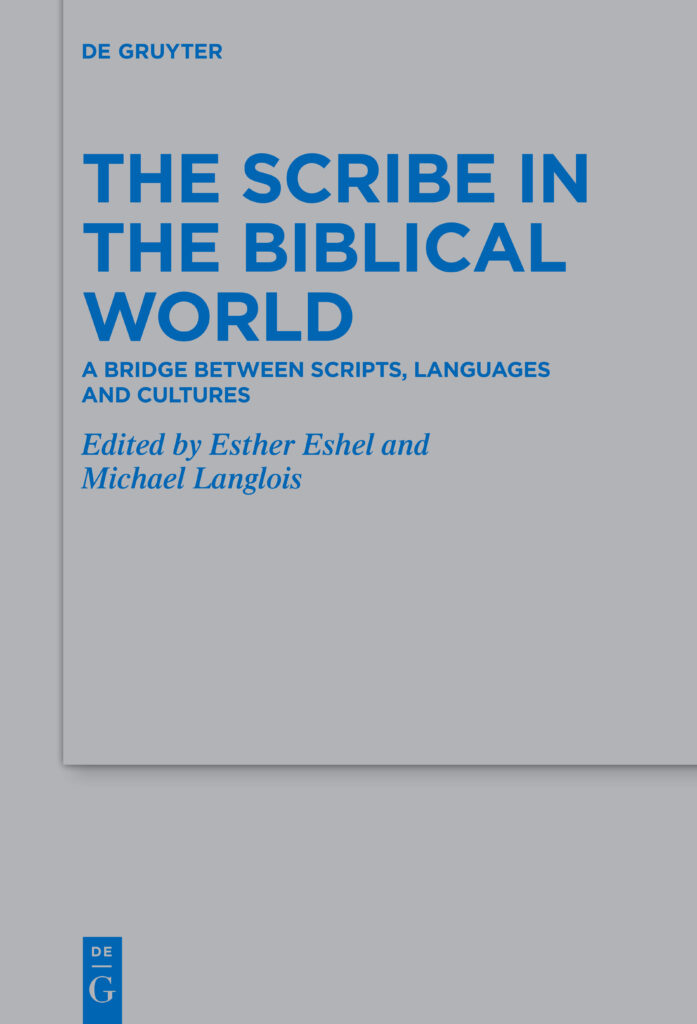 Esther Eshel and I are proud to announce the publication of our latest book, “The Scribe in the Biblical World”!

This book offers a fresh look at the status of the scribe in society, his training, practices, and work in the biblical world. What was the scribe’s role in these societies? How many scripts and languages did they grasp? Were scribes redactors, or simply copyists? What was their influence on the redaction of the Bible? These are questions that were tackled during an international conference at the University of Strasbourg on June 17–19, 2019.

Beside organizing the conference and editing the volume, I also wrote a chapter on “Theonyms in Palaeo-Hebrew and Other Alternate Scripts on Dead Sea Scrolls”.

You can find out more about this volume on the publisher’s website.

Here is the table of contents:

Interview in World of the Bible Magazine: Writing, Rewriting and Transmission of the Bible

Remodeling the Bible, in The World of the Bible Magazine

Biblical Texts Older than the Bible, in Norway

About J.-C. Haelewyck’s Comparative Grammar of the Semitic Languages